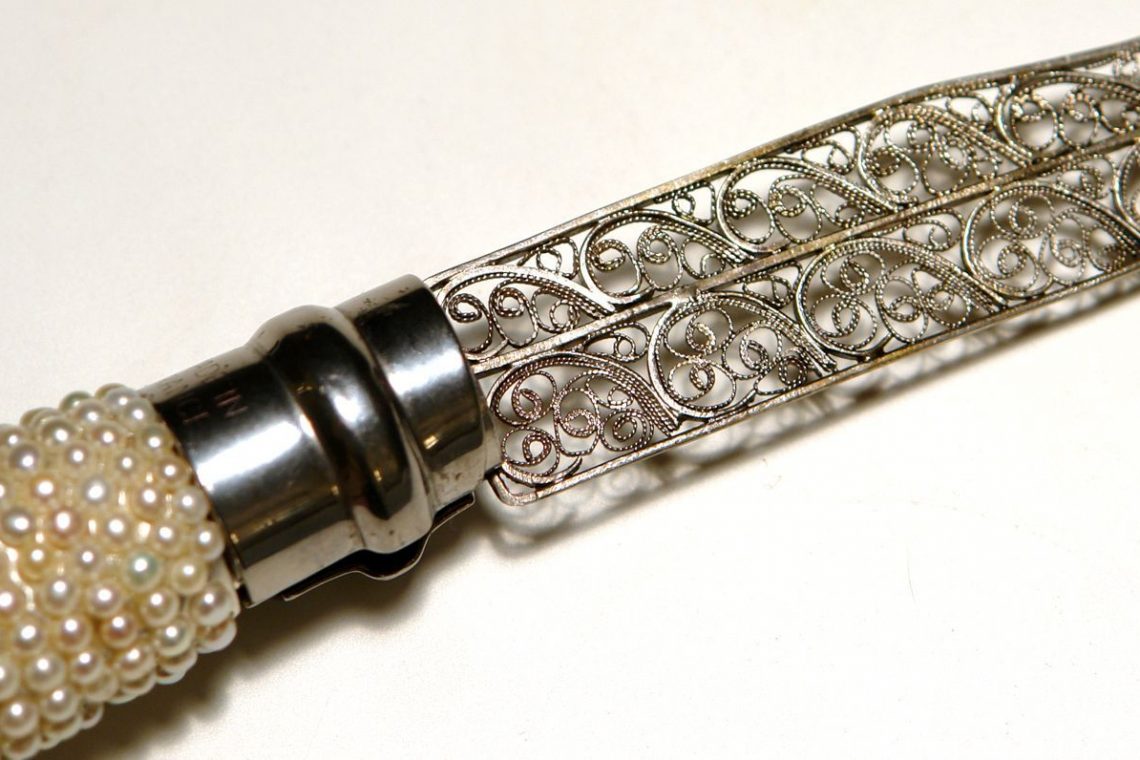 Translation: My grandmother gave me a knife one day that she always carried in her purse.

My abuela me dio un dia una navaja que siempre llevaba en su bolso is an autobiographical work made in filligree. Stemming from Lebrusan’s fascination with knives, the pocket knife is also a homage to the artist’s grandmother who used to keep one in her handbag.

Social commentary is intertwined with Lebrusan’s desire to create formal studies in the distortion of the knife through attention to detail. Meticulously crafting the pocket knife to a decorative object, Lebrusan not only delves into the domain of status, violence and mortality; she also seamlessly intensifies the sculpture’s menacing undertone into a compelling aesthetic experience. Commenting on the dominance of violence in mass media, Lebrusan’s depiction of a seemingly threatening object could remark on the ease with which distressing imagery is distributed.

While the knife is imbued with social commentary, Lebrusan’s technique simultaneously emphasises the object’s cultural dimension where knives are regarded as status symbols.