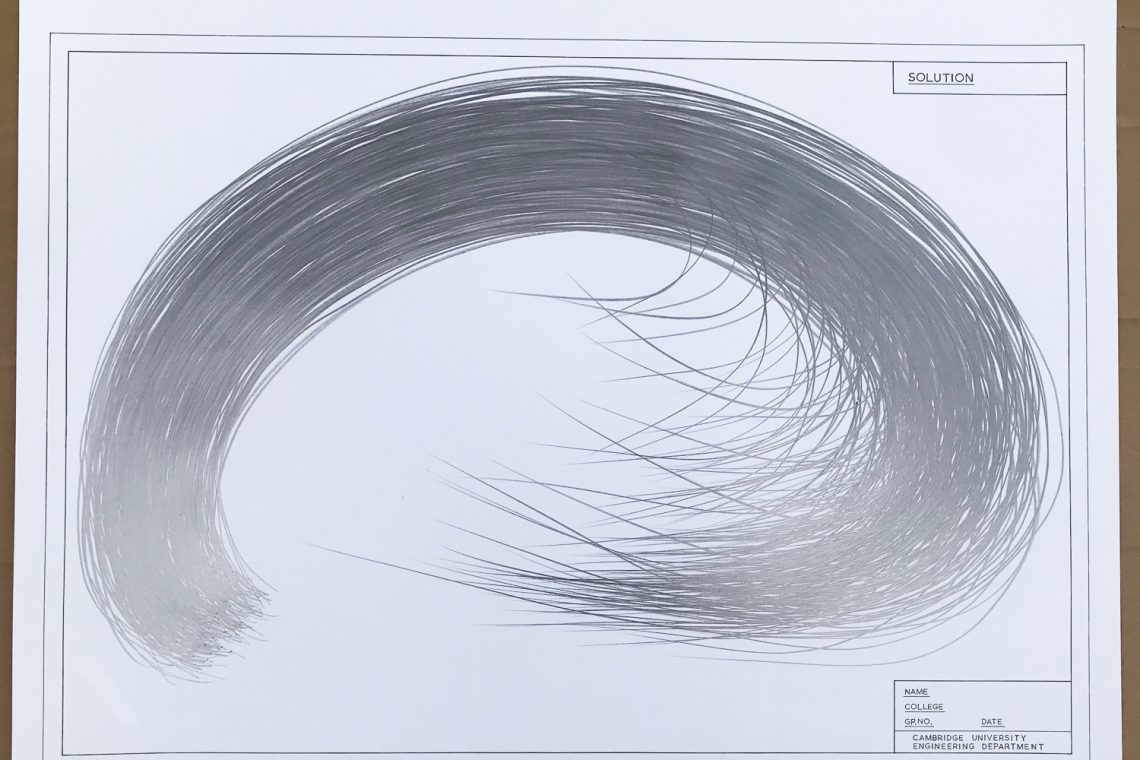 Toxic Waves is a response against the collapse of a mining waste dam owned by Vale in Brazil, the world’s largest iron ore producer. The failure triggered mudslides, floods and contaminated local rivers with mining waves, resulting in 272 fatalities. Attempting to understand the consequences of the disaster and its human impact, Lebrusan repetitively drew the tidal mud in various mediums from charcoal to clay.

Repeating movement of the wave over the course of several weeks, Lebrusan’s arm became cathartic which encouraged self-reflection and ‘response-ability’. This embodied spectatorship rejects the fantasy of the ideal moral witness. Instead, it introduced ‘ways of seeing’ that allowed her to comprehend nature’s point of view and the scale of the disaster. Lebrusan’s work encourages us to understand the extent to which the Earth’s elements are forged, held in place or put into motion by forces of immense power that operate across enormous distances, such as gravity and electromagnetism. It demonstrates how our experience of time and space is dependent on forces that originate well beyond the limits of the Earth’s atmosphere.

Although ‘Toxic Waves’ is a response to the disaster in Brazil and uses waves to express its repercussions, its significance moves beyond geographical borders – it is a reflection on the interrelationship between humans and nature, as well as trauma and loss.