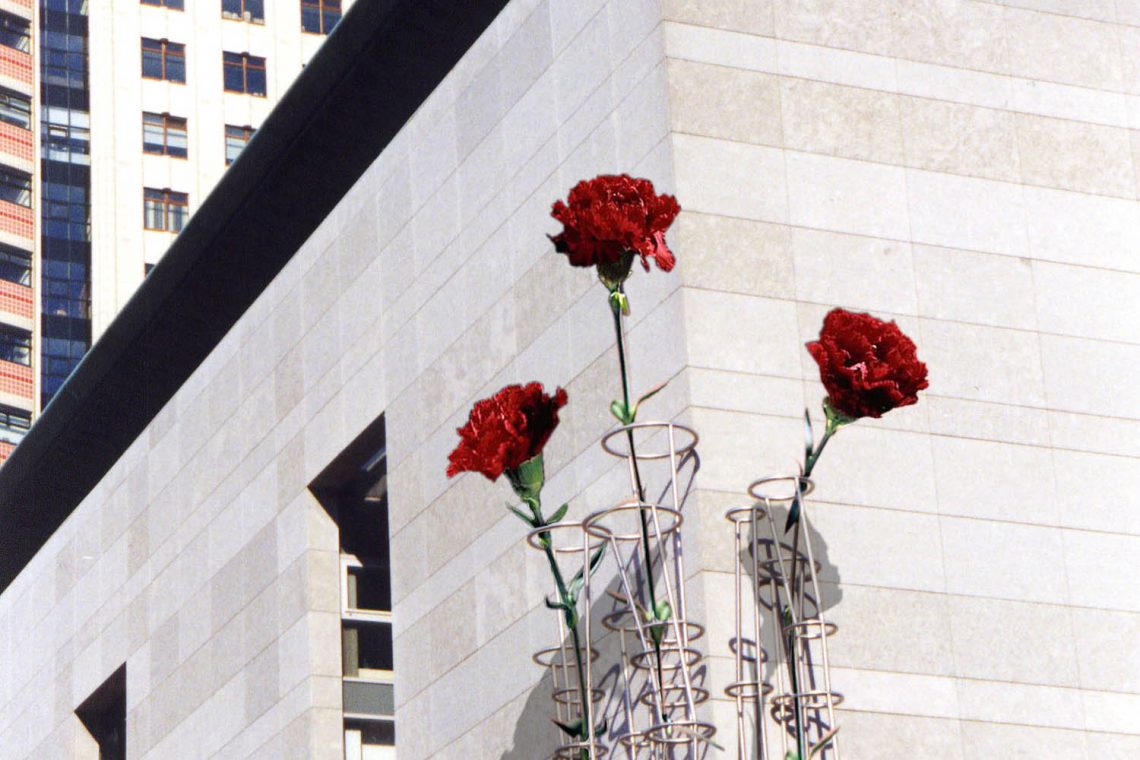 Medium: Digital proposal, sculpture made of fibreglass and attached to a Rotterdam building

Op weg naar zuid (2004) is an unrealised project which proposes a sculpture of 3 carnations perched on a building in Rotterdam where the Nieuwe Maas river separates the city’s north, Noord and south, Zuid. The proposal touches on the North-South divide in Rotterdam at which the South has been historically regarded as the poorer part. When Lebrusan was still living in Rotterdam, the North was a gentrified area while the South was predominantly populated by immigrants.

The title ‘Op weg naar zuid’ translates to ‘on the way to the south’ in Dutch. Envisaging the sculpture to be installed at the south end of the Erasmus bridge that connects the two parts of Rotterdam, the three carnations instil themselves as a welcoming hail to crossing pedestrians and drivers. Lebrusan was inspired by the gesture of gifting flowers when visiting one’s house, in hopes that people would feel comfortable when arriving to the south side.