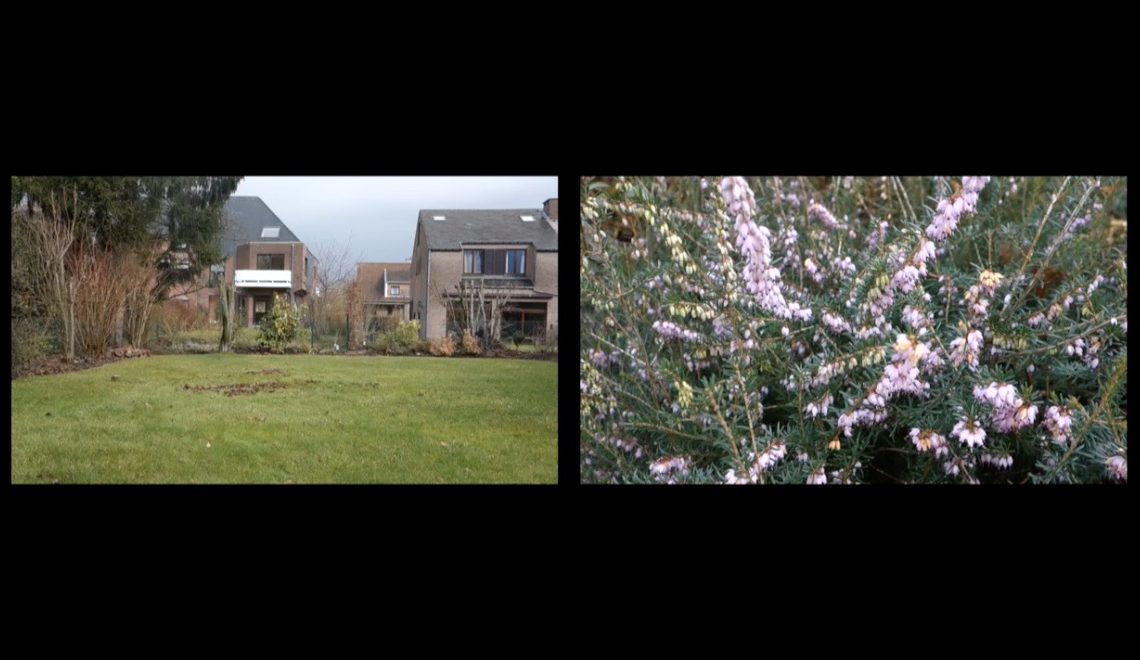 Thia Lin is one of Lebrusan’s early video works with two frames within it. The left frame depicts active motion of Lebrusan raking leaves in a garden. The right frame is rather still, portraying plants moving with the breeze. Polarising active and still, Thia-Lin’s Garden presents Lebrusan’s grief in her mourning of Thia-Lin, her mother in law, who had an intimate relationship with the Earth.

Lebrusan uses memory in her video to capture the vulnerability of human experiences and fragile nature of our world. Here, she presents the memory of Thia-Lim not as a fixed account of the past but as a tool for revisiting previous events and understanding the present. Juxtaposing impactful human motion with nature’s gradual flow, the video reminds us of the dominant force we hold as humans on Earth. The dichotomy cultivates a sense of the planet beyond humans, allowing viewers to reflect and re-situate human agency within geopolitics of the Anthropocene (era where we have significantly altered the Earth through human activity).