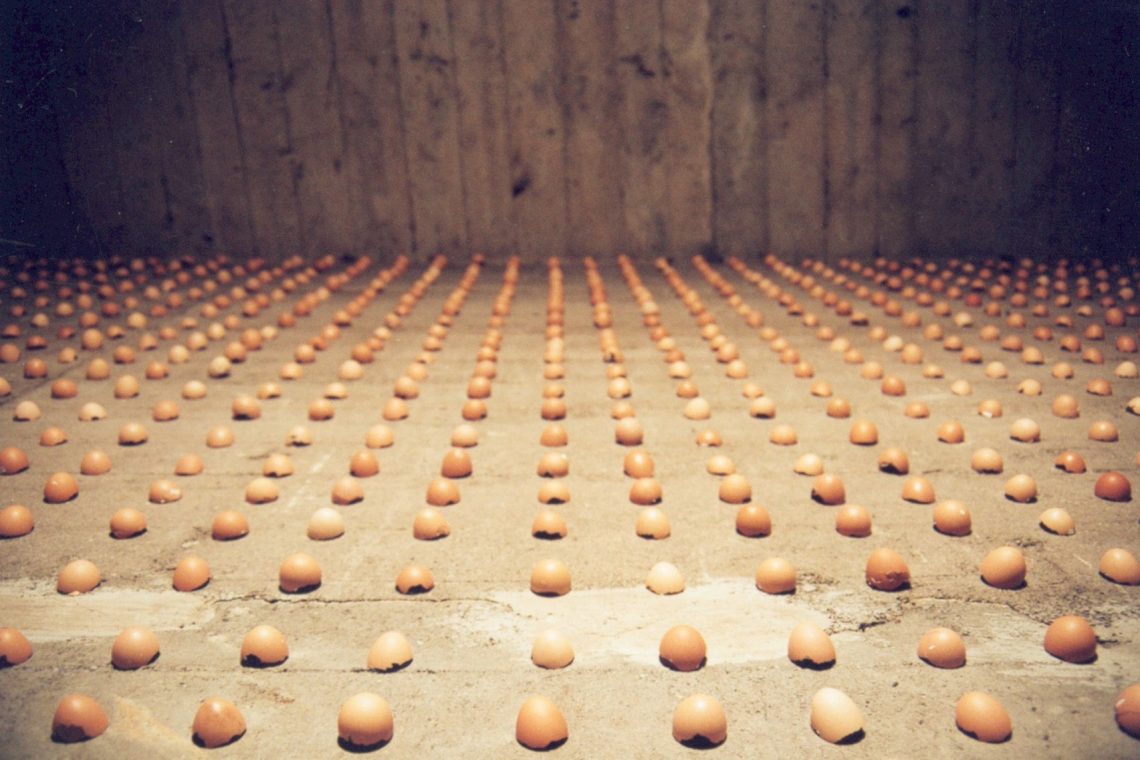 Medium: Site-specific Installation. 4.000 half eggshells aligned on the wall and floor in an old Berlin Bunker.

Eiren (eggs in German) is a site-specific installation at an old Berlin Bunker where Lebrusan aligned 4000 half eggshells on the wall and floor. The bunker’s history influenced the artist’s choice of materials and carved the context for her installation. In developing the installation, Lebrusan spent 2 months collecting eggshells from Italian, Greek and Spanish restaurants as well as placing an advert in the newspaper.

4000 perfectly organised eggshells evoke the scene of people seeking shelter during World War II. The brittleness of the eggshells and solidity from the bunker’s concrete etch a poetic contrast that act as a cue for life’s fragility. Meanwhile, its emotive atmosphere guides viewers to an alternative reading. Just as the war evidently indicated, disorder incites anxiety and fear. Repetition, as represented by the eggshells, composes order and tranquility. While repetition can assert the authority of the repeated, it can also easily cause an object to become hackneyed and empty of meaning. Positively speaking, it opens a gap for us to fabricate new and unexpected narratives by placing a semblance of the old in a new context. In this sense, Eiren calls for audiences to create their own narratives that take on a new life in its environment.